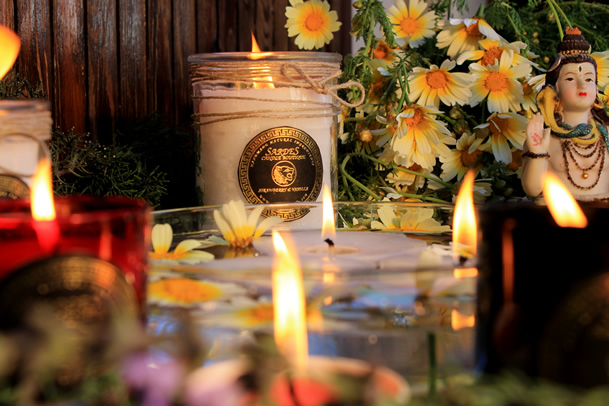 Candle is one of the first inventions of the history. Candle was believed to be a power which was controlled and used by a mythological god through the history.

5000 –year-old candlesticks were found during the archeological excavations in Egypt and Crete.

Besides from the lightening purpose, the candles have been used in religious ceremonies and different rituals through the history, as well. The candles still have a spiritual side. It is accepted and used as a symbol of spiritual awakening and success in different rituals.

The candle still plays a big role in decorations as an essential part.

It was believed that the colours of the candles had different impacts on people. Here are the meanings and the impacts of them on people:

White Candle: SaIt is accepted as the symbol of the pureness and power. It also increases the impacts of the other candles burning with it.self.  It is believed that if a white candle smokes, it kills the negative energy around and if that smoke blows out after a while then that area is purified from all those negative energy.

Black Candle: It is accepted as the strongest and  most protective candle. That is therefore used in most of the  religious ceremonies and rituals. Scientists say that excessive usage of black candles may cause depression and recommend people to use black candles with white candles.

Red Candle: There is actually  no need to be an expert to comment on red candles.  As the red itself is the symbol of  love and romance,  the red candles will have the same impact on people  on what the experts  agree, as well.

Pink Candle: It is accepted as the symbol of love and success. Pink candles gather all features of an honorable, concious and pure life.

Orange Candle: It increases the merriness and creativeness.  To see if it’s true, you can do a mini-experiment and put an orange candle on your desk while studying.

Grey and Silver Candle: It is accepted  as the symbol of clarity and pureness. The ones willing to show up his hidden skills are recommended to use grey and silver candles on their desks.

Purple and Ametist Candle: It is believed that these candles awake the success and desires of the people.